Bafana Bafana legends attend first ever We are Football Festival 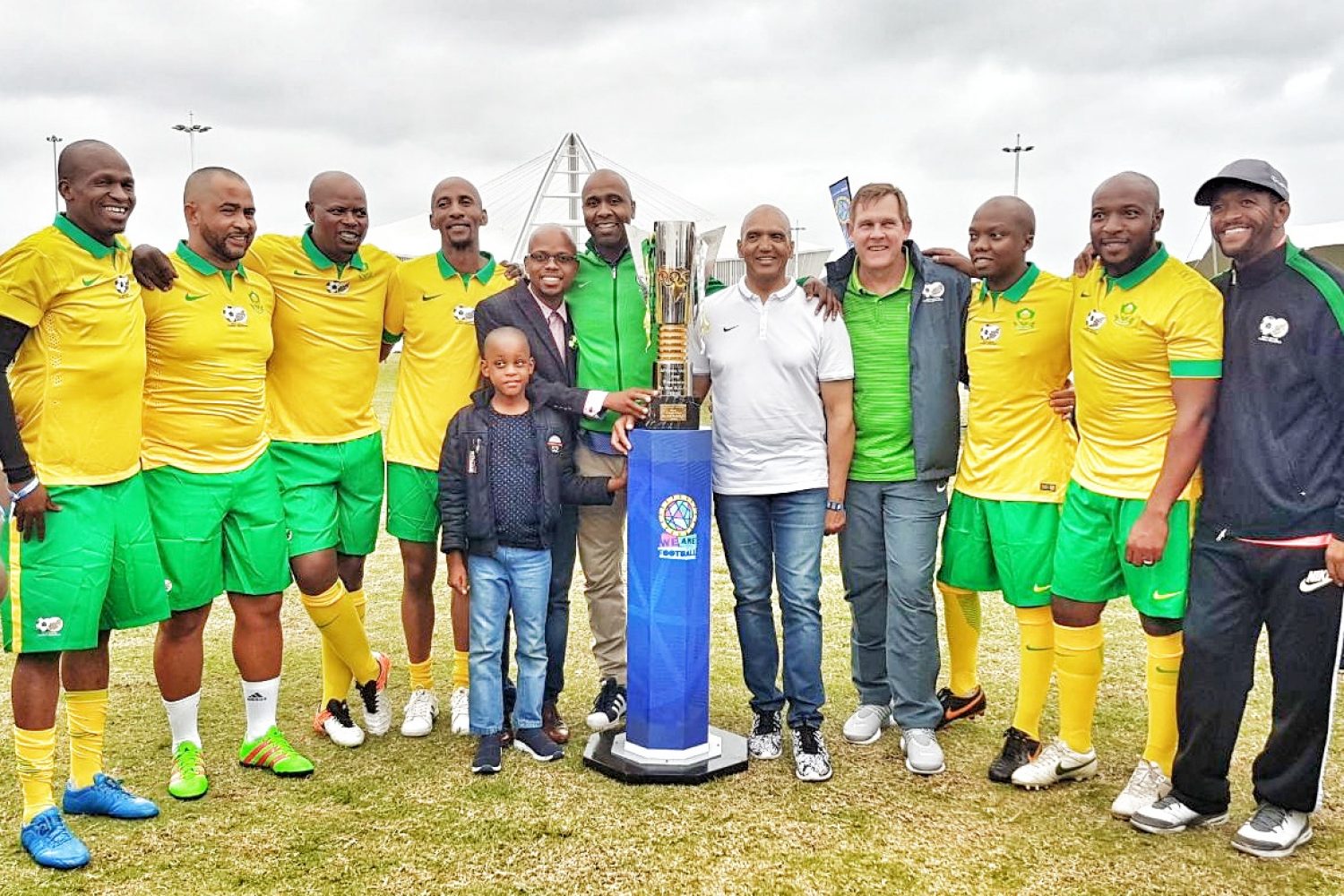 Durban played host to some of soccer’s living legends this weekend at the inaugural We are Football Festival. Members of the winning 1996 AFCON team including Lucas Radebe, Neil Tovey, Doctor Khumalo, Phil Masinga and Mark Williams all attended the Festival and even played in an exhibition 6-a-side game.

The Festival was a celebration of football and included the 25th anniversary of Bafana Bafana’s first game played after readmission. Together with the 6-a-side tournament, there was a FIFA18 e-gaming tournament as well as live music from the likes of DJ’s Fresh, Tbo Touch and Tira.

“The We are Football Festival was the first of its kind in South Africa and celebrated both the game of football and the people who play it. The Bafana Bafana Legends reminded us of the power of football and its ability to bring people together, and we are very proud to have been part of the day” said Lee-Roy Newton, Newton Agency group MD.