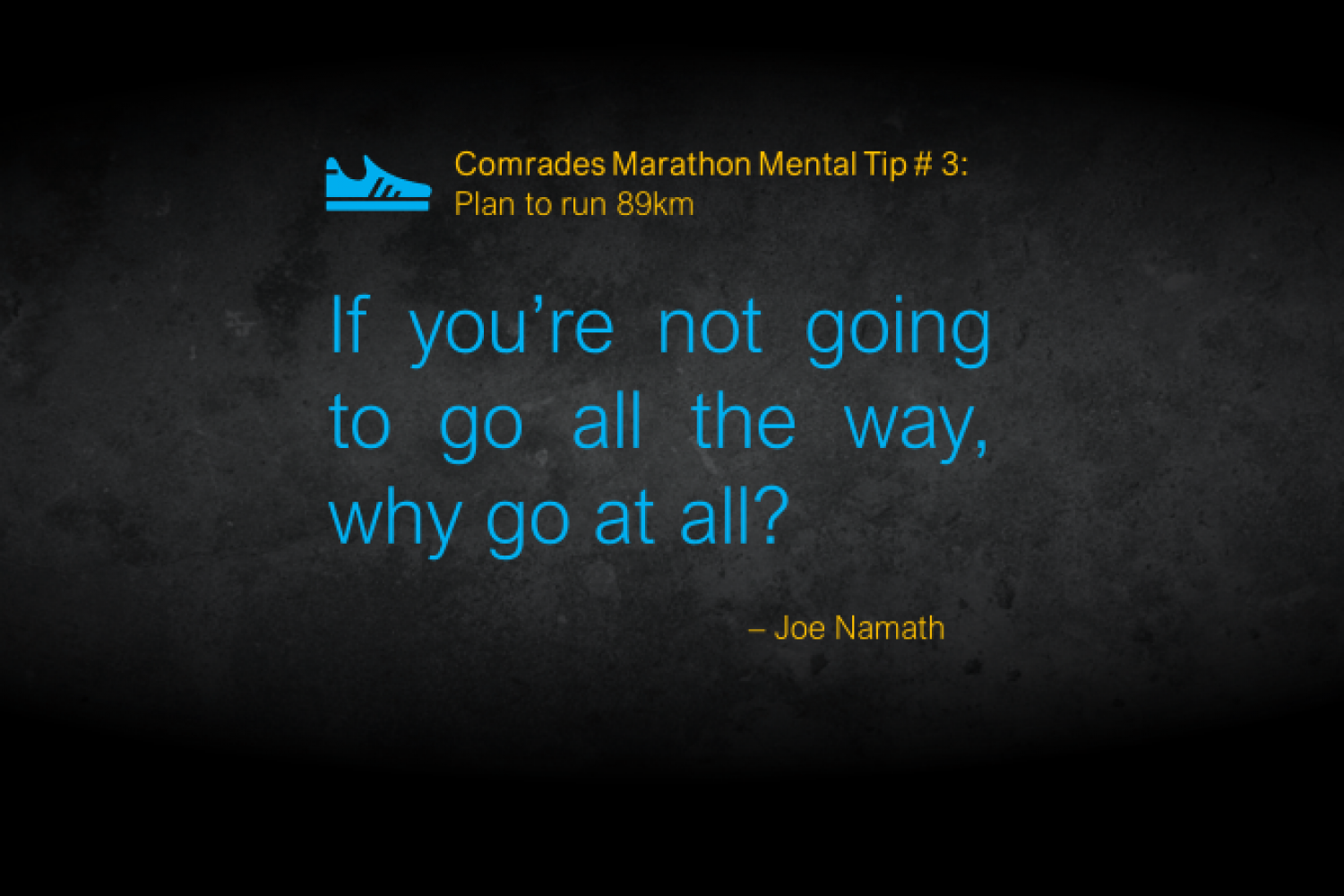 This may sound like the silliest Comrades tip you’ve heard; I mean of course you plan to run 89kms, that’s all you’ve been thinking about for the past few months and weeks. But hear me out…

A friend of mine is an amazing endurance swimmer, having recently become the first person to swim around Easter Island – a distance of some 60kms – non-stop. It took close to 19 hours to complete. She clearly has a very strong mind. However, some days when we are doing some fun swims, she will get to the end of 3km and say ‘Wow, that was hard!’.  Here is a woman that has swim 60kms in one go, saying 3km is difficult.

Even I do this sometimes – the other day I felt tired in a short, unplanned 2km swim, but a few days later felt great in a 5km event I had known about for a few weeks.

We have spoken a lot about it and realised that when we know we have a certain distance to swim, that’s what we expect and that’s what our minds prepare for. But don’t ask us to carry on beyond what we expected, it’s too hard – not physically (we can both clearly do more than a short swim – her definitely more so than me!) but mentally. Interestingly, it wasn’t the time in the water that mattered so much to us, what really mattered was how far we expected to swim. We planned for the distance.

How does this apply to Comrades?

One of the mental tricks you need to be aware of, is that while you may have a goal time in mind, be careful that this is not your only goal. If you plan to run for 8 hours, what happens if you still have another 30min to go at the 8-hour mark? It can be incredibly difficult to readjust mentally and continue to give energy and effort when this happens. Your ‘end’ was 8 hours, and your mind finds it difficult to go beyond that end point.

So, while of course you should use time to guide your pacing, you also have to remind yourself that you need to run 89km. In other words, the overriding goal is getting to the end. It may take more or less time than you planned, but if you are mentally prepared to run the distance regardless of time, it will be a bit easier to keep going all the way to Pietermaritzburg.